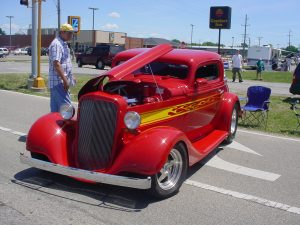 For several years, we have seen America’s love and inclination for automobiles. To be more precise, for the last fifty-seven long years, grand shows on custom cars are being organized which very well showcases the brilliant workmanship of the several great innovators out there. There are several innovators in this field who engage in re-inventing and improving the vehicle designs of yester years and present years.

When it comes to showcasing of the custom cars, then Championship Auto Shows (CASI) is undoubtedly considered as a leader in this category. This is indeed the largest show which showcases plenty of custom cars production. This is popularly known as World of Wheels. There are at least 20 large events of similar format which are being organized across America and Canada throughout the year.

2017 World of Wheels in Milwaukee Wisconsin is hyped to be a grand show which is expected to be bigger and better than the previous years. It is considered that Hot rods are the main attractions of every show like this but it has been noticed in the recent years that the composition have gone up to showcase a lot of the manufacturers displays. As an outcome to this, this show is equally lucrative to those who are marketing competition cars. Also, this event is a great platform for concept and specialty vehicles and also those customers who dream of owning some of them.

The spectators of World of Wheels are diehard fans of automobiles and 75% of the audience have visited this event in the earlier years. Also it has been surveyed that around 45% of the spectators have visited the show four or more times in the past. Also it has been recorded that the audience are highly satisfied with the shows and the satisfaction level is as high as 97.3% and they are very likely to recommend others to visit this show.

There are several benefits of participating in this show. The participation in this event considerably increases the involvement of the participating company to connect with its key consumers and enhances the awareness to a great extent. If the companies participates in a series of events like this, it also considerably enhances the chances of sales of their products. Thus, the sales and marketing potential is great when a company is a participant is such a kind of event. Also there is an opportunity for the exhibitors to extend a special promotion to the spectators. Such promotions are designed in such a way that it also includes a call for action. This, invariably increases the connect between the company and the consumers which is beneficial for the company immediately or in the long run.

There are several opportunities which can be banked upon by the exhibitors by launching an aggressive sampling program among the highly targeted audiences visiting the show. Also there can be well-planned activation plans which may be extended to every audience visiting the show. This activation may very effectively increase the awareness level and also the relationship building. Thus, participating as an exhibitor in the 2017 World of Wheels in Milwaukee Wisconsin can be a wise step for the companies.